Details of Surgery: None

My name is Tara, and I'm a Crohn's warrior! For as long as I can remember, I've lived with gut issues, from constipation (which sometimes manifested as diarrhoea), to gas, bloating and abdominal pain. For most of my life I didn't actually realise that what I was experiencing day in and day out wasn't normal. It was only around the end of high school that I knew something was actually wrong.

Initially I was diagnosed with IBS (irritable bowel syndrome). It wasn't until my pain escalated and I suddenly dropped a significant amount of weight seemingly overnight (about 6kg in 10 days) that IBD (a disease I'd never even heard of!) was raised as a possibility. This was in March 2019, about seven years after my IBS diagnosis. At this stage my GP ordered a calprotectin test for me; essentially a stool sample that measures your level of inflammation. The ideal range for this is between 0 and 50. I was 99, which isn't scarily high, but is still much higher than normal, so my GP referred me to a gastroenterologist for further testing.

A few months go by and suddenly it's September 26, 2019. What's the significance of this date? Well, for one thing, it's one of my best friend's birthdays. But also, it's the day I was told I have Crohn's disease. So yes, instead of being out with my friend celebrating, I was in hospital having a camera shoved up my butt - fun right!

“Initially this diagnosis scared and upset me …. But you know what, it was also the best thing that could have happened to me. Suddenly everything made sense.”

Initially this diagnosis scared and upset me (yes, I was crying in the recovery room!). But you know what, it was also the best thing that could have happened to me. Suddenly everything made sense. I was able to start learning about and understanding my body, which helped me in identifying and mitigating my triggers. It truly did feel as though a weight had been lifted off of my shoulders.

Upon diagnosis my gastroenterologist prescribed me Pentasa (mesalamine), which I started taking immediately. Fast forward seven months, I was confirmed to be in remission, and was able to come off medication all-together after another two months. This was incredibly exciting for me, because my gastroenterologist had told me I'd likely be on medication my whole life, and that just did not sit well with me at all.

Funnily enough, I don't actually believe it was the medication that induced remission for me. Of course I can't prove this, however I truly believe it came down to diet and lifestyle changes for me. I'd already started food intolerance testing and diet changes in the months leading up to diagnosis to help combat my IBS diagnosis. This saw me eliminate certain high-FODMAP foods such as garlic and onion. However, being told I had a disease that was causing actual internal damage to me motivated me to do more.

Within about four months from diagnosis I went from a meat-loving gal to a wholefood plant-based fanatic. I eliminated animal products, fried food, sugar, processed foods, alcohol and other personal trigger foods such as onion, garlic, beans, avocado, blueberries, mushrooms and broccoli. I started focusing on maximising plant diversity and wholefoods to support and strengthen my gut microbiome, and made myself a plan for slowly reintroducing my personal trigger foods over time. I also upped my water intake considerably. 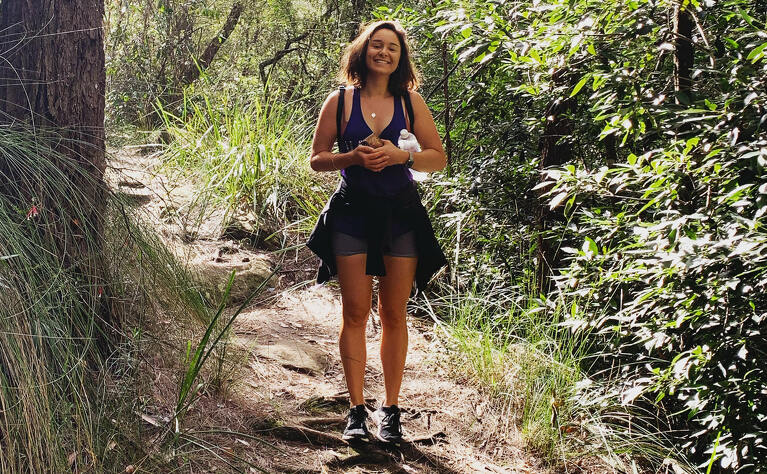 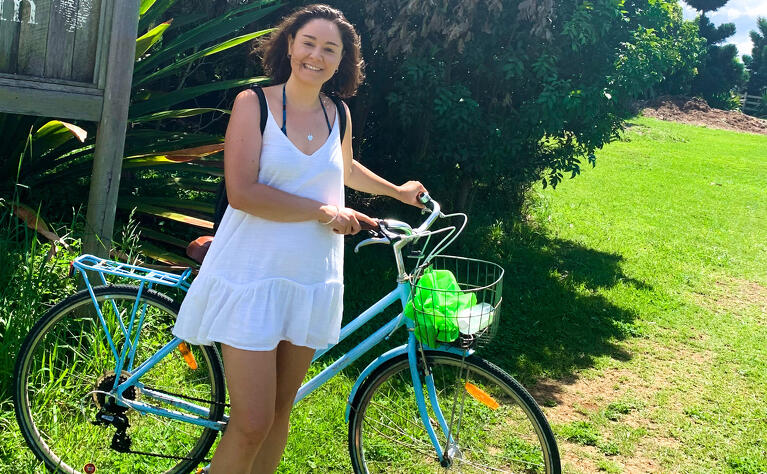 But it didn't stop at diet. I started prioritising time in nature, moving my body, reducing stress, getting enough sleep, and just generally being happy. For me, the best way to do this became taking my beloved fur babies to the beach for a walk regularly, where I could lap up the sunshine and the calm of the ocean.

This hasn't been an easy journey, and I don't think it ever will be! It's going to be something I tackle for the rest of my life, with ups and downs, not just because this disease is chronic, meaning there's always a chance of relapse, but because I still suffer IBS-style symptoms every day, despite being in remission. This is because my gut is still so weak and damaged from my Crohn's flare up. Something that helps me mentally through this is sharing my journey via my Instagram channel @tara.tackles.ibd where I document my health journey. I've found that sharing what I'm doing and what I'm eating each day helps keep me accountable, while at the same time (hopefully) guiding people through their own similar journey. 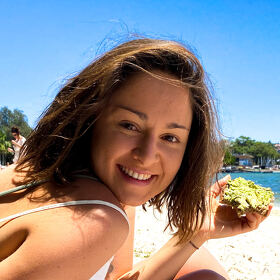 My name is Tara, and I'm a Crohn's warrior! For as long as I can remember, I've lived with gut issues, from constipation, to gas, bloating and abdominal pain. For most of my life I didn't actually realise that what I was experiencing wasn't normal. It was only around the end of high school that I knew something was actually wrong. It was then another seven years before I'd finally get some clarity through my IBD diagnosis.