It is becoming apparent that inflammation contributes to many of the chronic diseases our nation is faced with1 - and especially contributes to inflammatory bowel disease (IBD).

When working efficiently, it creates a balance in our bodies, however, it can become dysfunctional, resulting in a wide range of systemic imbalances, which become destructive to us2.

The well-known outcome of this process not only includes IBD but also conditions such as rheumatoid arthritis and eczema. Researchers are now also finding that inflammation is forming a role in many other conditions such as obesity, diabetes mellitus, atherosclerosis, hypertension, Alzheimer’s, Parkinson’s disease, cancer, depression and autism2.

The gastrointestinal tract forms the barrier between the outside world and us. It is said to represent over 70% of our entire immune system3. It always tries to maintain balance for the body and defends us from potentially harmful foreign substances. Interference with this environment from both outside and within can result in dysfunction causing inflammation or autoimmune conditions. It is very important to make sure we help this environment as much as we can through controlling external environmental conditions and nutrition.

There are a number of foods which are considered to be inflammatory and which could be having a negative effect on the immune system and its inflammatory response.

Since 2002 it has been shown that diets high in sugar, excessive amounts of meat, refined grain products and dessert foods cause biological effects on the body, which create a pro-inflammatory state4 - which could be bad news for your IBD. These foods include omega 6, histamine rich foods, dietary nightshades, lectins and dairy. It has also been shown that people are not eating enough foods that help counteract this process.

The western diet of today has shown to be very high in omega 6 fatty acids versus Omega 3.

Omega 6 is a polyunsaturated fat and forms the makeup of both mediators and regulators of the inflammatory response6, otherwise known as eicosanoids. These are involved in modulating both the time and intensity of an immune response. In the right amounts omega 6 is a necessary fat to stimulate the correct inflammatory response to either an injury or invader.

However, in excess they have shown to increase the amount of pro-inflammatory inflammation markers that are associated with disease7. There is also evidence that demonstrates that corn oil (a rich source of omega 6) can induce inflammatory responses in liver cells and can further up regulate the inflammatory gene transcriptions8.

It has been shown that people tend to have 16-17:1 omega 6 intake versus omega 3 intake. This is considered to be far too high.

Simopoulas5 demonstrated that people with rheumatoid arthritis following a diet of 2-3/1 omega 6 vs 3 had suppressed inflammation. Therefore, it is important to firstly address how much dietary omega 6 you are having in relation to your omega 3. It is now recommended that we consume 1-4:17.

As you can see from the sources, they may not be an item that you usually purchase from a supermarket, however, they will be hidden in a lot of products that you buy that have been processed. Make sure you check labels so that you know how much hidden omega 6 you are eating!

You have probably never heard of histamine-rich foods before - they are not something that gets spoken about very often. However, these foods can cause reactions within the body to people who have a sensitive immune system or are low in the enzyme that breaks down histamine in foods10.

Studies in people with IBD have shown they have an increase in mast cells in their gut11. Mast cells are types of white blood cells that are rich in histamine and form part of the immune system. They are responsible for allergic reactions, within the body. When there is a greater number of mast cells in an area (which is seen in people with IBD), there is an increased number of inflammatory mediators created when a threat comes. This can eventually cause a histamine build up.

The enzyme DAO (diamine oxidase) is used by the body to breakdown histamine. Large quantities of this enzyme are usually found within the gut. However, anyone who has issues within their gut may have a deficiency of this enzyme or it may just not be working up to scratch. This means every time you eat foods containing histamine, you may be causing the levels to build up more and may be contributing to your inflammatory build up12.

So what foods contain histamine?

Everyone will react differently to these foods, so I would try to eliminate the ones you think are not agreeing with you first and avoid doing them all at the same time as you won’t know which ones are ok or not.

There is no conclusive research that says the nightshade vegetables cause inflammation. However, they do contain a property called glycoalkaloids. These are considered to be natural toxins, but in plants form the role of pesticides and fungicides, which act as a natural defence to ward off animals, insects, and fungi that may attack them13.

These are found in greatest quantity in white potato skin.

Whilst the research is not conclusive, if you feel the following foods from the nightshade family might be giving you problems, try to eliminate them for a month and see if your symptoms improve.

Lectins are a type of protein found mainly in raw legumes and grains. They are able to bind to the membranes of our cells and are resistant to being broken down within our gut15. This can cause the bacteria of our gut to be affected, which then allows the lectins to cross our gut walls. Once this happens they are able to get into our circulatory system and can then cause immune responses. If you are already in a heightened immune state then eating dietary lectins will just increase the load. You may want to try and eliminate of the following foods:

Other foods do contain lectins so have a look into them.

This is probably one of the most controversial topics of the nutritional world. There have been studies that show dairy to be both beneficial and detrimental to human health16. Melnik17 discusses how dairy has promoted most chronic diseases in modern society. Yet, others still speak about the benefits dairy has on calcium uptake into bones. It has also been said that inflammation only occurs in those with a dairy allergy16. So you can see why it becomes confusing! I would recommend you do an intolerance test to see whether you do have a lactose intolerance, or try an elimination diet for a month and see if your symptoms improve.

The above foods you may want to try and avoid if you are known to have increased inflammation. I would try to eliminate them one at a time so that you can monitor any changes in your symptoms. If you try to do it all at once, you will not know which worked the best, as you may be able to have some foods in smaller dosages.

Let’s look at it like this - you can fill a sink up with a certain amount of water before it spills and causes a flood. The same with our body, it may be able to take a small amount of pro-inflammatory foods and be ok, but if you overload it, you end up with an over spill and a large immune reaction will mount. 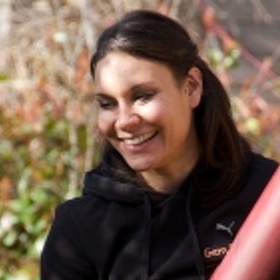 I am a personal trainer and nutritional therapist who has worked with the IBDrelief founders Seb and Emily to improve their nutrition and fitness.