Just been diagnosed with Crohn's disease? - What you need to know

If you have just been diagnosed with Crohn’s disease you will probably have lots of questions and may feel a bit scared or confused.

This article aims to answer many of the questions you will have if you are newly diagnosed with Crohn’s disease and provide you with links to more articles where you can read in depth about the different subjects covered.

What is Crohn’s disease?

Crohn’s disease is a chronic, lifelong condition which is part of a group of conditions known as inflammatory bowel disease (IBD). It causes inflammation of the digestive system (gastrointestinal tract). Ulcerative colitis is the other most common form of IBD.

This inflammation can be anywhere from the mouth to the anus and most commonly affects the end of the small bowel (the ileum) and the beginning of the colon. It is thought to be an autoimmune condition (where your immune system attacks a part of your body).

The symptoms it can cause are varied, but some of the most common include:

Find out more about Crohn’s disease

What can I expect with Crohn’s disease?

With Crohn’s disease you can expect to have times of remission and times of flare (when your symptoms return). It isn’t fully understood what causes people to have flare ups of their Crohn’s disease. Some patients report they get flares during times of stress or illness, while others say they don’t notice a pattern.

While the aim of your treatment is to get you into remission so that you have no inflammation in your digestive system it can take time for this to happen. You may need to try a few different medications before you discover one that works for you.

You may find at times that during a Crohn’s disease flare it can interfere with parts of your life, such as work, school or relationships. But, if this is happening regularly, or seriously affecting your ability to live your life, then you should speak to your doctor to see if there is another treatment you can try which may be more effective. They may also be able to refer you to other medical professionals, such as psychologists and dieticians to support you.

When you are first diagnosed or in a bad flare up it can be difficult to imagine having a normal life again. Talking to people, such as your doctors, friends or family, about your concerns and fears may help you to accept and understand how you are feeling.

Many people are able to carry on living a normal life with Crohn’s disease - getting married, having children, pursuing education and a career.

What are the treatments for Crohn’s disease?

There is no cure for Crohn’s disease and it is something you will have for the rest of your life, so the aim of treatment is to get your symptoms under control and into remission.

There is no single treatment that works for every Crohn’s disease patient, therefore you may need to go through a period of ‘trial and error’ to find a medication that works for you. This can feel disheartening if you don’t find a treatment that helps you at first, but remember that there are now many different treatments available and many people with Crohn’s disease who do well on these different medications.

The first medication that people newly diagnosed with Crohn’s disease are given tends to be corticosteroids (steroids). Steroids are a fast-acting medicine (often working within days of starting) and work well in many people with Crohn’s disease to get symptoms under control. However, they have some significant long-term side effects which mean they can’t be used for a long period of time or on a regular basis. So, at the same as starting steroids you may be given another, slower acting medication (which takes weeks or several months to start working) which will hopefully be your ‘maintenance’ drug to keep your symptoms under control longer term. Which medication you are given after steroids will depend on the severity of the inflammation you have and the location of your Crohn’s disease.

Find out more about medications for Crohn’s disease

In some people the inflammation caused by Crohn’s disease can cause irreversible damage to your digestive system. This can mean that surgery is needed to remove the damaged parts. Surgery can vary from removing a small piece of bowel and reconnecting the two ends (called a resection) to removing the whole colon and forming a stoma (by bringing the end of the bowel to the surface of the abdomen and using a pouch to collect bowel waste).

Is there a diet for Crohn’s disease?

In children who have Crohn’s disease an exclusive liquid diet is often used to help rest the digestive system for a few weeks or months before reintroducing food again. This approach is also sometimes used in adults.

But apart from this liquid diet, which must be done under the supervision of a specialist dietician, there isn't a known diet which reduces the symptoms of everyone's Crohn's disease.

There still isn't enough research into the role that food plays in Crohn’s disease to be able to say that there are definitely foods you should eat or avoid. We do know that the food you eat doesn’t cause Crohn’s disease (although it may be one of many environmental factors that could contribute to its development), however we don’t know for sure how the food we eat affects Crohn’s disease flares and remission. Anecdotally many patients avoid certain foods because they feel they exacerbate their symptoms, however there are very limited studies to support this.

Sometimes you may be asked to eat or avoid certain types of foods - for example if you are preparing for a colonoscopy or if you have a stricture (a narrowing in your bowel) or if you have had recent surgery, but these are not diets that should be followed long-term.

Self help for Crohn’s disease

Alongside taking their medication some people have found that making adjustments to their lifestyle has helped to improve their general health and some of their Crohn’s disease symptoms.

Examples of lifestyle changes include:

Before making any changes to your lifestyle you should discuss them with the doctor in charge of your Crohn’s disease care to make sure any of the changes aren’t going to interfere with the treatment you are receiving. 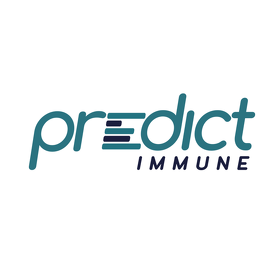