Hi I’m Dan. I’m writing this two months after an operation to remove my colon (large bowel), rectum and to form an ileostomy, which is a opening in my abdomen where my small intestine comes out and delivers food waste into a bag that’s attached to my stomach.

This surgery has given me my life back, the ability to carry on with the career I love, and most importantly enjoy quality time with my wife, daughter, family and friends.

When I first started getting symptoms they weren’t too impactive. Blood started appearing in increasingly loose stool. Abdominal pains arrived soon after, and then urgency to go to the loo increased to an almost unmanageable level. I went to my GP who quickly referred my to a gastro specialist. I had a colonoscopy and was diagnosed with ulcerative colitis (UC). I had never heard of this disease before, but when told it was akin to Crohn's disease I realised what I was in for, having known friends suffer Crohn's disease.

Over the next few years I tried a number of different medications, including immunosuppressants and biologic therapies, and had a long relationship with steroids. These medications often helped temporarily, but symptoms seemed to keep going out of control, and I didn’t achieve remission at any point, with symptoms becoming gradually worse and side effects of drugs causing a huge weight gain amongst other unpleasant side effects.

The impact UC was having on my life was huge. I was missing out on time with my daughter who was born two years after symptoms started. My wife was having to care for both of us. Things became increasingly difficult at work.

I am a serving police officer working in uniform on the “front line” responding to emergencies, working in occasionally very difficult circumstances and often for very long hours. Policing is a challenging job when in good health and reasonable fitness, but is extremely difficult when regularly suffering symptoms like diarrhoea, stomach cramps and severe fatigue. I battled on but had to have several periods of “light duties” (safe office work if you like!) and bouts of sick leave. When I was “well enough” to carry out my full duties it was extremely stressful, as I was always worried about where and when my next coincidence with a toilet would be. I got caught short a number of times (not too often at work thankfully!) and anxiety and stress either ruined activities, or meant I stayed at home and missed out. This was no way to live.

I decided, after a long midnight conversation with my wife, that surgery was the best option for me. With a stoma I thought life would be more predictable, I would be in control. My UC symptoms would be gone and I wouldn’t be poisoning my body with all the drugs causing side effects.

Surgery was my light at the end of an ever darkening tunnel for me and my family.

My immediate recovery from surgery was complicated by a “twisted bowel” which required surgeons to go back in and re-form my stoma. And whilst recovering from the second operation at home, I developed severe chest pain and had to go back into hospital. This turned out to be a pulmonary embolism (blood clot on the lung) which had broken from a larger blood clot in my leg (DVT).

I am now sitting outside in the sunshine enjoying my life which has been handed back to me. I can go and pick up my daughter from nursery, go shopping and have lunch out with my wife, and I’m getting back into the swing of things with work, taking it slowly and building up my strength.

The police force I work for have been excellent in supporting me. These few years could have been a lot worse without an understanding employer! It is in their interest to get me back to the job that I love and am eager to get back to.

Maybe I’ll update you with my progress and how I get on with operational policing with a stoma! To see my ongoing progress you can follow me on Twitter @IBD_PC

I can now enjoy all the great things that life hopefully has in store for me, and I am now better equipped to cope with the more difficult parts of life as well. 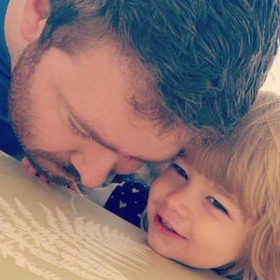 Hi, I'm Dan and I have an ileostomy following surgery for ulcerative colitis. I am a serving police officer in the UK and I'm a husband and a father. You can follow my ongoing story on twitter @IBD_PC.