An ileostomy is a type of stoma created using the end of your small intestine (known as the ileum). A stoma is an opening in your abdomen which is surgically created. It diverts faeces into a bag attached to the opening.

Stomas can be temporary or permanent. If you are given a permanent stoma then it will not be possible to reconnect your gastrointestinal tract at a later date. A temporary stoma is given when it is likely that a reversal will take place at a later date. This is where the GI tract is reconnected so you can go to the toilet ‘normally’ again.

What forms of IBD is ileostomy surgery used to treat?

Why is ileostomy surgery needed for IBD?

Ileostomies are created when the large intestine (colon) is damaged and either needs removing (permanent ileostomy) or needs to be rested to allow it to recover (temporary ileostomy) before intestines are reconnected.

How is ileostomy surgery done?

Ileostomy surgery can be done either through keyhole surgery (laparoscopic) or open surgery.

If you are having any part of your colon removed then this will be done before the stoma is formed. Once this is completed the surgeon will create your stoma.

There are types of ileostomy you can have:

Before your surgery you will likely be introduced to a specialist stoma nurse who can explain about the stoma you will be getting, the equipment you will need to use afterwards and discuss with you the position of your stoma. Ileostomies are usually placed on the right hand side of your abdomen, but you can usually discuss the positioning of it before surgery. 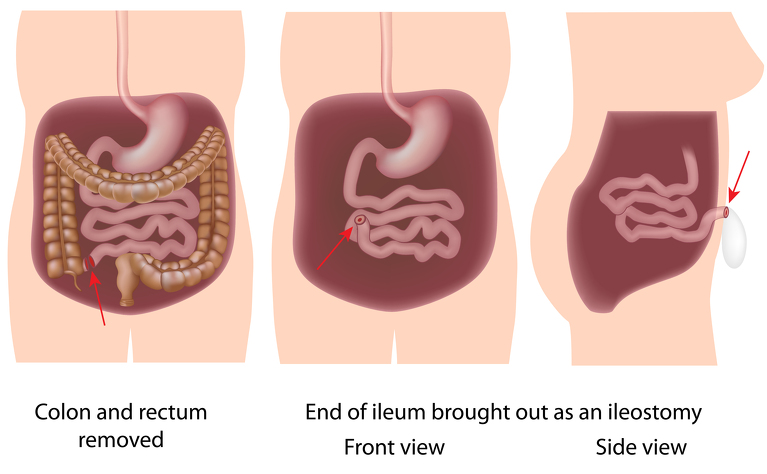 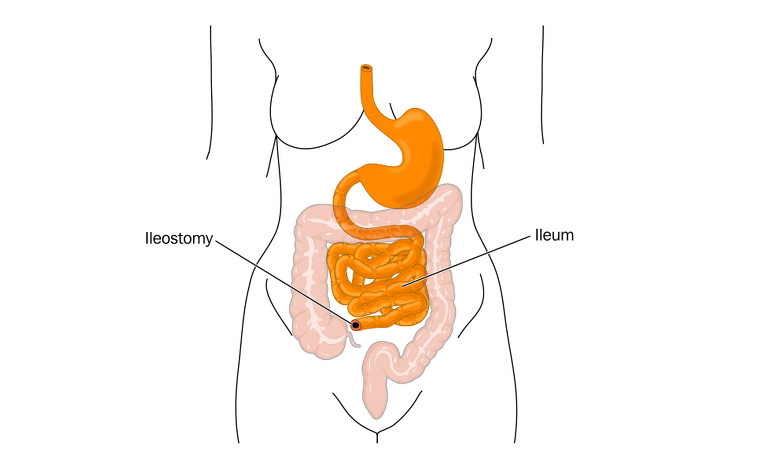 It will take a few days for the stoma to start to work and at first the output may be quite watery with a strong smell. Again, as your body heals the consistency will become thicker and the odour will reduce.

While you are recovering you may be given a diet to follow to allow your body to heal and start to work again properly.

Once you are well enough, and you feel confident managing your stoma, you will be able to return home. This could be after 3-10 days. You will probably be told to avoid certain activities - such as heavy lifting - for several weeks after your surgery.

Complications which can happen soon after your surgery include:

Complications which can happen any time include:

Things to know about ileostomy surgery