Bile Acid Malabsorption (BAM) causes diarrhoea and it is common in people with Crohn's disease which affects the ileum. In this article Nigel Horwood explains how BAM has affected him.

Wind the clock back to 2010. I could no longer escape the surgeon’s knife and in the October went into St.Thomas’ Hospital to have fistulas, bowel loops and a stricture sorted out. A life changing experience in more ways than one. I ended up having an ileostomy and woke up with a stoma, albeit a temporary one. The plan was to reverse it around six months later.

I coped with the stoma well but had to rely on loperamide (Imodium) to keep my digestive system under control. Once through the recovery process my attention became focused on the reversal. After one cancelled operation (that’s another story) the surgery finally took place in June 2011.

I had been warned that it would be necessary to have supplemental vitamins and salts as the terminal ileum, where they are absorbed, had been removed during the ileostomy. Naively I thought that once the bowel had been rejoined my digestive system would return to relative normality and that I could be medication free.

Wrong! After the reversal I still needed loperamide (2 capsules a day) to keep everything in check. I had a colonoscopy 6 months on from the operation and watched as the camera made its way to the anastomosis (rejoin). There was no inflammation to be seen and the joint looked to have healed very well. I was now in clinical remission and given a Rutgeert’s score of i0.

That made it even more difficult to understand why, every so many weeks and despite the loperamide, I would be rushing off to the bathroom for a couple of days on the trot(s). Each time it raised the daunting prospect that remission was coming to an end. Maybe, more mundanely, I had simply picked up a virus or eaten something that disagreed with me. This horrible uncertainty was a frequent subject of my Crohn’s blog.

My concerns continued for a couple of years but at that point other health concerns took over and I put it on the back burner. To control the bathroom dashes I simply upped the loperamide dosage. It wasn’t until the end of 2013, when the other concerns had abated, that I mentioned the problem again to my gastro consultant and he said “why don’t we carry out a bile acid malabsorption test?” (Sometimes called a bile salt malabsorption test).

What’s the first thing you do when you want to find out about a new condition? Look it up on the internet. I read many articles about BAM and the SeHCAT test I was due to undergo.

When you eat, bile salts are released from your liver and gall bladder into your upper intestine. They help to digest the food as it travels through your small bowel. When the bile acid reaches the terminal ileum it is mostly absorbed back into the body and travels back, via the bloodstream, to your liver, ready for the next meal.

If your terminal ileum is diseased or has been removed during surgery it will prevent sufficient bile acid being absorbed back into your body and as a result too much reaches your colon. The effect of all this acid is to cause fluid to be pumped into the colon which causes diarrhoea.

The test itself must be one of the easiest to take. Swallow a mildly radioactive tablet (which simulates bile acid), wait an hour then lay down in a scanner for five minutes. Return one week later for a repeat scan and then a computer compares the two results to see how much of the tracer has been retained. (Oddly enough the SeHCAT test has not been approved in many countries, including the USA)

The results are classified as follows - 10% to 15% retention = mild BAM; 5% to 10% = moderate BAM; less than 5% = severe BAM. My result was 1%. Suddenly everything fell into place. I now had an answer to my frequent bathroom visits. As soon as I could visualise what was going on inside me it was like a weight being lifted.

I went and saw my consultant again with the aim of deciding whether or not to start taking specific BAM medication. The most common drug is Cholestyramine (Questran) which comes in powder form and should be taken twice a day. He explained that some patients struggled taking it. The manufacturers recommended not taking any other medication within 4 hours. That would completely change my existing tablet regime.

There is a newer drug, Colesevelam, available in tablet form, which has fewer side effects but he explained that GPs do not like prescribing it as it is an order of magnitude more costly.

I am not one for taking drugs unless absolutely necessary. So far I had managed BAM just using loperamide, was this still a good option? He asked me how many capsules I was taking. I replied two or sometimes three a day. He responded that some of his patients were on 20 tablets a day so I could safely increase my dosage if required. It was agreed that we would note that I had severe BAM but, for the time being, I would stick with loperamide. That suited me.

As a user of SoMe (social media), and having been alerted to the existence of BAM, I suppose I was on the lookout for references to it or its symptoms. Suddenly I was seeing posts from patients who were going through the same as I had and had never been told about BAM. It has become apparent that it is a subject that many GPs and IBD patients need far greater awareness of.

"Spurred on I did some more research and came upon a very interesting diagnostic guidance document (DG7) published by NICE (National Institute for Health and Care Excellence) on the use of SeHCAT. Buried down in Section 3.15 is this rather surprising statement:"

Given the above I fail to understand why advice on bile acid malabsorption isn’t a mandatory part of the clinical advice/risk awareness information given to those likely to undergo the removal of their terminal ileum. I am determined to raise the profile of this issue whenever possible.

Having chosen to keep the symptoms under control by just relying upon loperamide, I was still finding that every fortnight there would be a day or two when I was rushing off to the bathroom. I had already been to see my GP and asked for a prescription for a bile acid sequestrant. They are available in powder or tablet form. The latter seems to be better tolerated but costs significantly more than the powders. Luckily my GP is very enlightened and gave me a prescription for both so that I could choose. I know that some patients aren’t so fortunate. I went for the tablets (Colesevelam) and had been keeping them on the shelf until I was ready to start them.
At the turn of the year I decided to bite the bullet and give the Colesevelam a try, in parallel with the loperamide. The dose - one tablet in the morning and one in the evening. What a difference. No more dashes to the bathroom. Why didn’t I do this sooner? 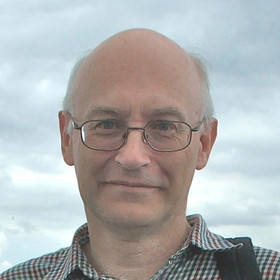 I've had Crohn's disease for nearly 40 years. I am passionate about taking an active role in managing my treatment and getting the best out of the NHS.