When I was first diagnosed in September 2012 I had lost two stone in just over a week. I don’t remember anything from being in hospital for the first week as I was so ‘acutely unwell’. My blood tests had not shown any inflammation in my body, so a colonoscopy confirmed a diagnosis of ulcerative colitis. Steroids and Asacol were started and I was released home. But, I was readmitted with a reaction to the Asacol after one night at home and spent a further week on IV steroids and was swapped to Mezevant.

In October 2012, a month after I was discharged, I remember the first time I went out for an afternoon with a friend. Afterwards I collapsed fast asleep on the sofa, a banging headache and totally fatigued. Muscle wasting had taken its toll and all that time in a hospital bed.

Two months after I was discharged from hospital, at the end of November 2012, I made it back to university in Cumbria. I was in my second year studying outdoor studies and environment ecology, which meant I was out camping and hiking in the wilderness often.

My first trip saw me wild camping and canoeing around Loch Lomond in Scotland. Wild camping meant I had no access to toilets or any facilities. I was quite anxious about the trip but I was newly diagnosed and didn’t really know or understand much about the disease, I also felt a pressure to get on with it as nobody else knew what it was either. I was back at uni and looking healthy, so what was my problem?

I enjoyed the trip and then went on to do 'winter skills' in Scotland on Caingorm in January 2013 and then to the Picos de Europa in Spain. We camped for the whole month of May in 2013 in Spain and it was a fantastic experience, even with my UC not under control.

Throughout this time I had begun Azathioprine, which seemed to be easing the symptoms a little, but not putting me in remission and I still couldn’t stray from a low residue diet 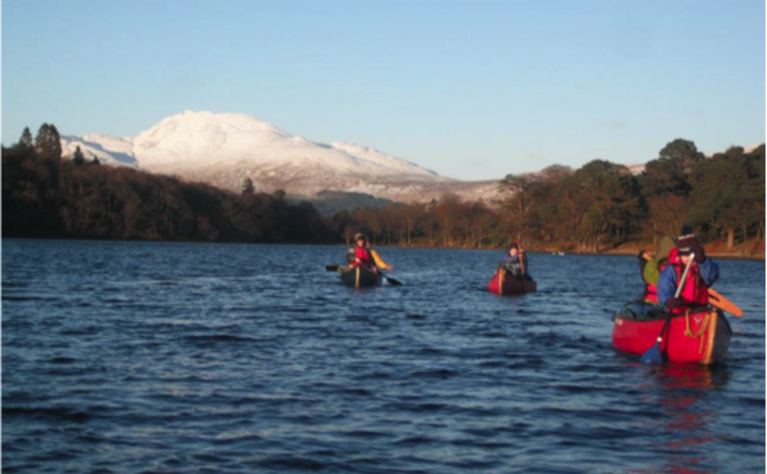 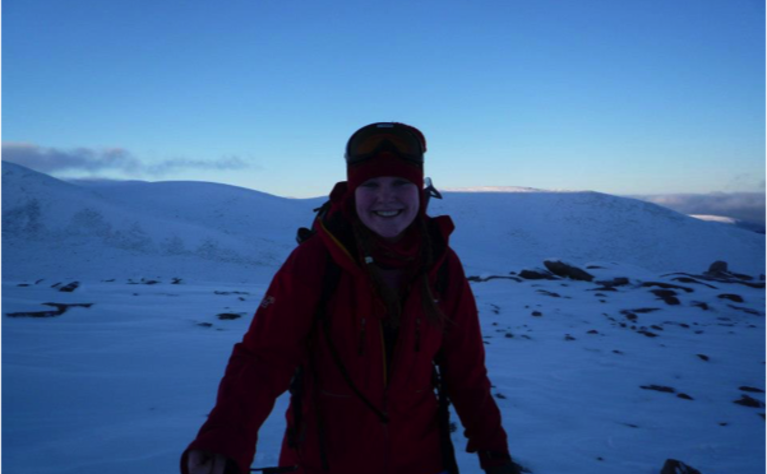 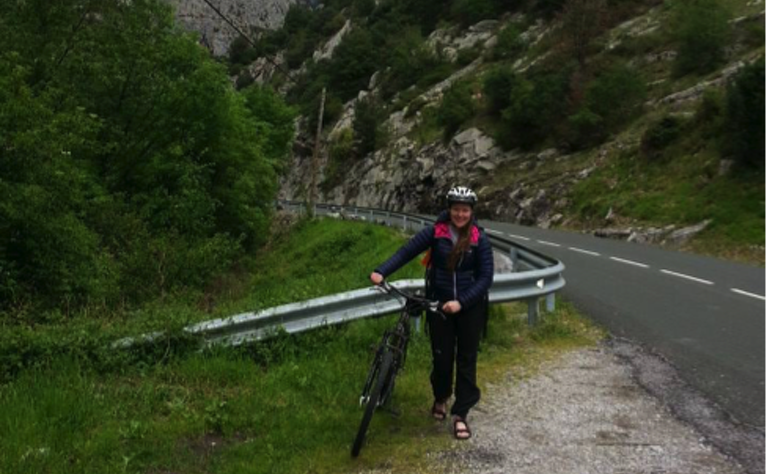 In December 2012 I managed to climb Scafell Pike, the highest peak in England, when three months before I could not walk up the stairs! 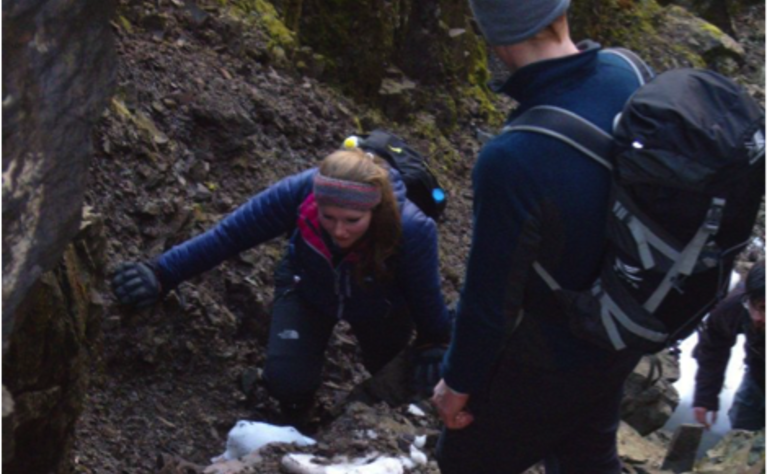 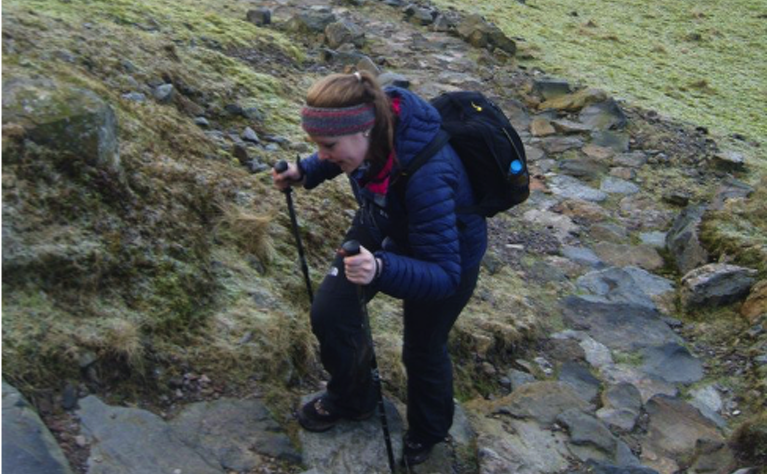 In summer 2013 I met the best group of people it was possible to meet at this time. Crohn's and Colitis UK sent me on an ‘Me & IBD’ weekend to meet people the same age (18-25) and to learn more about the disease.

We made lifelong friends together who still support each other through all of our journeys with inflammatory bowel disease (IBD).

I spent a week in Torredon in Scotland in October 2013. At this point I was fairly well, although I was still on and off steroids regularly. I had found a brief period where I felt well and confident.

From December 2013 I had spent the rest of my 3rd year at uni on steroids (until May 2014) as my colitis was becoming hard to control. During this time I submitted my dissertation on ‘IBD and the outdoors as a therapeutic stress relief’.

This was a piece close to my heart for obvious reasons and having met the girls at the 'Me & IBD' weekend I had realised I appeared to be the only person who had done any outdoor activities.

The study showed that people with IBD are too anxious to try activities or exercising for fear of what their IBD symptoms might bring.

In July 2014 I graduated from university. This had been a huge triumph for me. To achieve what I had whilst battling ulcerative colitis, without ever being in remission had taught me that I could do anything if I put my mind to it.

Although at this point, and for a further six months, I hit my worse flare, which prevented me from working whilst I waited for funding for Infliximab. It took six months from when the application went in for me to receive the treatment.

As my blood tests don’t show any inflammation, I therefore didn’t fit the funding committee's criteria for the expense of the drugs.

After a long battle my calprotectin results came back 2400>. The funding committee said ‘if she’s really that ill she should be admitted’ - so that’s what my consultant did, he admitted me onto a ward and that day I got the treatment.

In January 2015 I celebrated the new year in Disneyland, Paris, feeling well after my Infliximab infusions. I had managed to get a job as a keyworker in a school/nursery setting and was loving every part of it.

This period of wellness unfortunately didn’t last long though. At Easter half term I was admitted to hospital for IV steroids after the prolonged use of steroids had caused me to become steroid dependant and put me in hospital when I tried to lower my 5mg dose.

July 2015, after my last admission, it was decided I needed something else. I was put on Humira, which seemed to be doing a good job. I finished my keyworker job at the end of July and had decided that teaching was what I wanted to do.

I am currently doing my PGCE in early years' education and plan to run full steam ahead into my career.

Unfortunately, the Humira has stopped working so now I am waiting for the go ahead on Entyvio (vedolizumab) as steroids haven’t been an option since I became dependant.

But, I am hopeful this medication will work and I will finally get into remission and give myself the chance in the teaching world I wish to have. 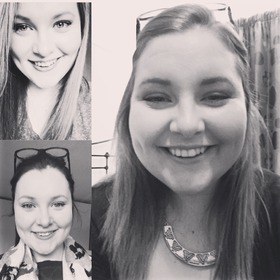 I was diagnosed with ulcerative colitis in 2012 while at university studying outdoor studies and environment ecology.