"Mum, would you come up, please, and come and take a look." The voice belonged to my 21-year-old son, Seb Tucknott, and came from our upstairs bathroom.

It was a Monday morning at the end of March 2008 and little did we know how drastically our world was about to change.

What Seb wanted me to take a look at was the toilet bowl. I duly obliged and got the shock of my life; the water was bright blood red.

"Oh my... how long has this been going on...?" I asked. "A couple of days..." It was scary to say the least and I immediately made an appointment for us to see our GP.

We were seen on the Tuesday and the doctor prescribed an anugesic HC ointment as he felt Seb was probably suffering from haemorrhoids; something that we too had assumed, albeit there was no external evidence of such.

Two days later things were no better with the bleeding getting even worse so we saw the GP again and for the first time he mentioned the word 'ulcerative colitis', although he still felt Seb was probably suffering from internal haemorrhoids. He prescribed Predsol retention enemas to go with the ointment and booked Seb in for blood tests for the following day.

By Sunday Seb was extremely listless and didn't look well at all. He was just lying on the sofa - something that was very unusual for him - so we decided to drive him to the A&E. We saw a duty doctor who reiterated he too felt Seb was suffering from internal haemorrhoids but he said not to use the enemas, but just to continue with the ointment...very confusing and worrying to get such conflicting advice but we decided to do as we were told”¦

The following Thursday Seb saw our GP again for the blood test results which didn't show up anything unusual. Probably just haemorrhoids I prayed; the ointment will soon kick in and the bleeding will stop”¦

Sadly this didn't happen and Seb continued to get worse and worse and by now he was losing weight at an alarming rate. Come the following Monday I came home from work to find him on the sofa, again looking seriously pale, and I immediately bundled him into the car and drove him back to the A&E.

I warned him in the car I would not agree to bring him back home whatever they said - something was seriously wrong and we needed to get to the bottom of it. I wasn't prepared to be fobbed off with a diagnosis of haemorrhoids anymore. Seb agreed.

Luckily this time the duty doctor we saw concurred that things weren't right and he decided to take advice from the gastroenterology ward. When they heard about Seb's severe bleeding, drastic weight loss and general listlessness they too agreed that he should stay in for further tests.

I have to admit that by now I was feeling absolutely shattered. Seb might be nearly 22-years-old but he was still my baby boy and he was seriously poorly and no-one seemed to know why.

When they came to take bloods and the nurse couldn't get anything out of him, I started to panic big time. Suddenly the hospital staff too went into a bit of a panic mode and urgently got him transferred to the medical assessment unit (MASU). By now Seb was seriously dehydrated and they put him on a drip.

I sat with him all night and the following morning they sent him off for a sigmoidoscopy examination. As soon as he came out from that, they transferred him to a general surgical ward. Unfortunately for Seb there was only a bed available in the amputee ward. Horrid beyond words but little we could do.

They still weren't confirming what was wrong, but we were beginning to fear the worst as they did admit that he would be transferred to the gastroenterology ward as soon as a bed became available, and that they would now be starting him on an IV steroid treatment. Surely it meant ulcerative colitis (UC) or Crohn's...?

After one night of horror listening to amputees lamenting their lost limbs, Seb looked pretty rough when I visited him during my lunch break the following day and I felt so incredibly helpless. Nothing I could do or say to make things better; just hope and pray the medication would soon kick in and he would slowly begin to feel more normal again.

Dashing back again to the hospital after work that Tuesday evening, I was horrified to discover his left arm looked like a huge balloon. The nurse hadn't put the cannula in correctly so the drip was not going into his bloodstream at all but rather into his arm. I felt so enraged; he had enough on his plate without having to contend with something like that. Sheepishly matters were rectified quickly.

And then, finally, he was transferred to the digestive diseases ward. Confirmation came he had severe ulcerative colitis - a disease we knew practically nothing about and for which there was no cure. I was stunned; this was the 21st century - man had been on the moon but suddenly we had a disease for which there was no cure?!?! Not easy to comprehend something like that.

And then the guilt set in; what had I done wrong as a mother? I had always tried to give my children healthy food, make them eat their greens, eat their five a day, keep away from E-numbers etc. etc. etc. In fact, Seb didn't smoke, barely drank alcohol, was fit as a fiddle, so why on earth him?

He'd had projectile vomiting as a tiny baby; was that the start? I had put him on soya formula once he became too hungry; did that cause it? Should I have breastfed him longer?

Also, I was diagnosed with non-Hodgkins lymphoma in my tummy in May 2006; so surely I was to blame...? There was so much anxiety and that feeling of helplessness was quite hard to bear.

Lots of swatting up ensued which didn't really make for pleasant reading; he will end up with a stoma, he will never lead a normal life, he will get cancer...the list was endless and Seb's dad and I cried and cried and cried. We would have given anything to take this horror away from our boy. But alas, it wasn't possible and fight it himself he would have to”¦

For a couple of days things were very critical and sitting by his bed every lunch time and then dashing back again in the evening was so hard.

In fact, one of those evenings, Seb came about 10 minutes from being wheeled into the operating theatre to have a stoma created. Thankfully, the consultant decided to hang in there and hope things would slowly improve, which they did.

Come the Saturday, Seb was put on Pentasa (mesalazine) and allowed home for three hours which was lovely, but kind of poignant too. He did look awful though; so pale and so skinny.

He was finally discharged home the following Wednesday, having been in hospital for nine harrowing days - we felt elated, scared, shattered.

And if I am brutally honest, that was it. You're on your own now mate...there really wasn't much help from then onwards. "Keep taking the steroids" was the only advice given; nothing about diet, lifestyle or such like. "And come back and see us every so often."

Still no idea why this had happened, what had caused it, what we could do to make things better.

We then had years of watching our boy get bloated from steroids, fly the nest to stand on his own two feet, have regular horrendous flare ups, try to come off meds, back on again; round and round it went. And always just feeling so helpless, so guilty, so sad...but trying to stay in the background; be there but let him makes his own choices and decisions. These decisions have involved drastically changing his diet and lifestyle and reducing the amount of stress he is under.

It's a few years down the line now and the change has been incredible; Seb has got married to lovely Emily; has become a dad to gorgeous Hayden; has built up a successful web design company; has now also launched IBDrelief; manages without steroids for most of the time; and recently had a colonoscopy which confirmed a much-improved looking colon - well it's just the best news ever.

Things are looking good most of the time and so, slowly, the helplessness and guilt is abating...and I'm a mum bursting with pride for my boy! 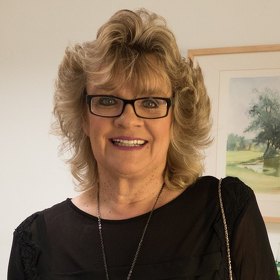 My son, Seb, is the founder of IBDrelief. He was diagnosed with ulcerative colitis in 2008.