Nicola launched Vanilla Blush in 2008 after having a stoma formed in 2006 due to her ulcerative colitis. Vanilla Blush makes underwear inclusive of ostomies.

In this interview she tells us more about being a business owner with IBD.

What type of IBD do you have and when were you diagnosed?

Tell us about your business

In essence we do not produce ostomy underwear, we produce underwear which is inclusive of ostomies. We also produce cutting-edge hernia supportwear, fashion and sportswear, and now we sell top range leisurewear from the “housesnuggle” range, including loungewear and “outhousecosy” rainproof sports jackets.

When and why did you start your business?

In 2006, after one year of marriage, I had stoma surgery. All the underwear then available was medicalised. With my fashion and nursing background, I merged both areas of professional expertise and produced Vanilla Blush.

How does your IBD affect your business?

On a personal note, my experience of ulcerative colitis and living with a stoma gives me an comparable insight into the lives, worries and want of any person coming through the Vanilla Blush front door ‐ be it literal or metaphorical.

Are there benefits to running your own business when you have IBD?

Yes, it is a stamp of authenticity and trust. 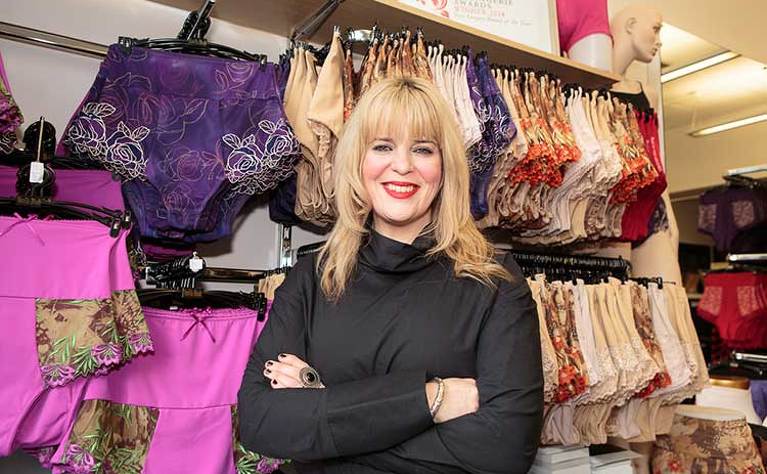 How do you deal with the stress and workload of running your own business and do you think this has an impact on your IBD?

On the latter part of the question, no. The former, it is like anyone else, keep in mind a successful business is a marathon run, not a sprint. Pace your energy.

What are your hopes for your business in the future?

For Vanilla Blush to be shorthand for medical and mainstream expertise.

What advice do you have for other people with IBD who are thinking of starting a business?

It’s not about the IBD, it’s about the business. Focus on the latter and accommodate the former.

Is there anything else you would like to add/say?

In business, as in life, purpose trumps pleasure.

Are you a business owner with IBD? Join in the conversion using #IBDBusinessOwners or get in touch to share your story with us.