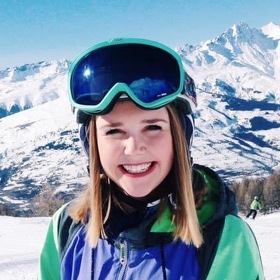 Hello! I’m Ellie and I have Crohn’s Disease. I was 10 years old when I was diagnosed in 2005.  I had a number of common Crohn’s symptoms including abdominal pain, low appetite, weight loss and angular stomatitis. After being reviewed by my GP and having some blood tests, I was then referred to the gastro team at Birmingham Children’s Hospital who arranged for an endoscopy and colonoscopy along with some other tests which confirmed I had active Crohn’s disease.