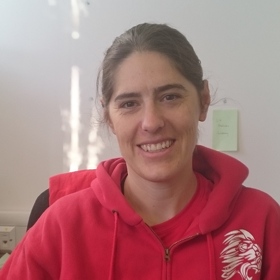 Dr Lindsay Bottoms joined Hertfordshire University in May 2015 as a Senior Lecturer in Exercise Physiology. She is currently the research lead for Sport, Health and Exercise.

She was diagnosed with Crohn's disease at the age of 14 in 1994 and is currently carrying out research looking into whether exercise can improve quality of life in Crohn's disease.

She competes internationally at Epee Fencing, having competed for England at the Fencing Commonwealth Championships in 2010 and won a bronze medal at the 2014 championships.  She is also currently National Epee Manager for British Fencing on a volunteer basis, along with being a team manager for the junior Women's Epee team.