Life is a balance - and so is IBD

Throughout my 8 year journey with ulcerative colitis (UC) I have learnt so much about myself, my body and also anything I can about the disease I’m living with with.

The key thing I’ve learnt is so many things can affect inflammatory bowel disease (IBD) - both good and bad. The way I look at managing it now is by making sure I’m doing more of the good things and less of the bad. Might sound simple but I truly believe it is. Where it doesn’t become so simple is it can require a lot of effort, will power and sometimes things are just outside of our control.

Let me show you an example, my “balance” just after I’d been diagnosed:

Unfortunately for me I didn’t know about the things that were making me worse. So every time I tried to reduce or come off the Prednisolone, my UC got worse.

Following advice from my consultant, the next step was to try another medication to support the “good” side, I was given Azathioprine to try. After reading about the side effects of Azathioprine and wondering what this drug may do to me, my stress and worry levels increased. I also started to feel run down and not myself.

So, even though I had added something to my “good” side, I had made my “bad” side bigger too. This meant again, every time I tried to come off the Prednisolone, my UC got worse. Back to square one!

I went through this cycle for five-and-a-half years, also trying 6-mercaptopurine, again with the same results. I knew being on Prednisolone forever wasn’t an option and was already suffering the effects of long term use, moon face, acne, osteoporosis, mood swings, excessive sweating. It was time to try a different approach!

After having a conversation with a friend of my brother, who is an acupuncturist, he was confident he could help me. As a scientist I’ve never believed in alternative medicine, but I thought it wasn’t going to hurt and was worth a try.

During my first session he explained I had too much “fire” and “damp” in my body which was causing the inflammation. I know - I thought it sounded crazy too but I went with it. He explained this build up of fire and damp was due to my diet and lifestyle. He said I needed to make some big changes and avoid fire and damp forming foods along with acupuncture treatment to remove the fire and damp.

He told me to avoid:

After spending most my life living off milk, cereal, cheese, bread and pasta, this seemed like it was going to be quite a challenge but I figured I would give it a go and started straight away.

Going for my first shop was a whole new experience, everything seemed to contain gluten, dairy, sugar or nightshades, even things I wouldn’t expect; cornflakes (malt extract), Rice Krispies (malt extract), salt and pepper cashews (wheat and milk (I know, what the hell!)), gluten free bread (potato starch) - the list goes on. I eventually gathered together my new “safe” foods.

Fast forward six weeks ‐ wow, I’m feeling great, my symptoms seem good AND I’m completely off 6MP and prednisolone. This was just the beginning of a new chapter in my UC journey - realising that other things in my life could be making my condition worse or things I could be doing that would make me better, it wasn’t just about medicine anymore.

I kept up the acupuncture for about 6 months. I still wasn’t convinced it was doing anything, although it was nice to have 45mins relaxing time once a week. I am super glad I tried it though as it led me down the path I’m on now. In the years since then I’ve learnt so much about the things that make better and worse. I’ve refined my diet and changed aspects of my lifestyle that allow me to now feel healthier than I’ve ever done in my life and live symptom free 95% of the time. Whenever my symptoms get worse I identify what in my balance has changed and either fix it or compensate for it. Every time I’ve recovered quicker and quicker without any help from medications.

I now have a far more complicated balance and there's probably still other things to change in the future:

Every factor has a different level of effect on me and if you applied the same list on another person the amount it affects them would probably also differ.

I hope, though, that it gives you a starting point into finding what balance works for you. 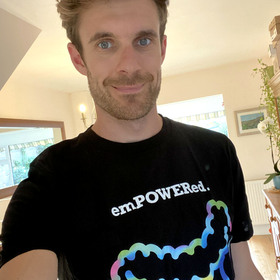