I have ulcerative colitis (UC), it’s been a part of my life since the age of 10. More specifically I have distal (left sided) colitis and proctitis, which generally displays somewhere between mild and moderate in the 31 years of colonoscopies that I have participated in!

My inflammatory bowel disease (IBD) journey has been long and varied, only recently have I begun to really understand my condition and the impact it has had upon my life. As a result, I’ve found myself reminiscing about some of the occasions which have been made more, or less challenging by my disease.

I’ve been pregnant four times, three times to full term, and am now a mum to three unnervingly grown up children, aged 16, 13 and 10.

My first pregnancy was unintended but not a disastrous discovery! It was a long time ago when I was 19. I was unaware of the pregnancy until I was around 11 weeks in, then before I had time to fully absorb the news, I miscarried.

In the following days, a whirl of tears and appointments, I asked my doctor whether my inflammatory bowel disease could have had any impact on my pregnancy and it’s loss, to be sympathetically told no, that ‘these things happen all the time and without any identifiable reason’.

Due to the passing of time, I don’t recall whether I was flaring when I conceived; there is some evidence suggesting that women with UC who conceive whilst their disease is active are at greater risk of miscarriage. I do remember flaring in the weeks following the miscarriage, but put it down to the stress and upset of the situation.

Would you like free, easy to implement health tips?

I'd like to share all the things that I have learnt that have improved my health and quality of life over the past 15 years living with IBD.

To receive my free health tips, enter your details below.

My second pregnancy began 6 years later, resulting in my now 16-year-old daughter. I remember feeling pretty unwell, but in an entirely different way to my ‘normal’. In fact, I remember morning sickness being accompanied by a happy alleviation of the usual range of IBD related symptoms and anxieties; there were no flares, no long periods of feeling that I was on the edge of a flare, no diarrhoea, blood or mucous, no urgent rushes to the toilet (at least not to poo!). Even the previously omnipresent pain of trapped gas was no more.

I remember being monitored by my gastroenterologist throughout my pregnancy, though at the time I didn’t fully understand why this was necessary. I vaguely remember being told that because I was under specialist care, a hospital birth would be essential. I was very much ok with giving birth in hospital, so I didn’t ask. I remember being told that I should continue taking my mesalazine (Asacol) because the risk of my disease becoming active was of greater concern than the possible effect of those medicines being in my system.

I recall mentioning to various healthcare professionals that I was feeling more well than I had since diagnosis. The response was along the lines of ‘that’s good then, make the most of it’.

That was enough for me then, but the me I have become now wants to understand that relief of symptoms. A little bit of light reading tells me that the biological changes that take place within the body during pregnancy have an impact on the immune system, modifying the immune response in order to allow the body to carry the foetus (which, due to the presence of the father’s proteins, might otherwise be seen as ‘foreign’ and to be removed). A modified immune response and a period of remission in my autoimmune disease throughout my pregnancy - it feels like there may be a connection there. And in fact beyond; I felt well for the months after my pregnancy, right up until I stopped breastfeeding my daughter. Then normal service resumed!

When I say ‘normal service’, I feel I ought to clarify what this meant. My IBD had never seen me hospitalised, I had never had to have surgery, for which I have always felt most fortunate. It was more that I never felt truly symptom-free, that I often spent periods on the verge of flaring, mild diarrhoea and urgency, multiple toilet trips (although often just to pass mucous, a little blood and gas!), bloated, discomfort, and tiredness. Sometimes this eased on its own, other times it got to the point that a trip to the doctors for steroids (after I overcame my fear of them, usually for foam enemas, which would work beautifully, if temporarily) was inevitable.

But to me this was normal, and manageable. Perhaps more impactful though, were the unconscious restrictions that my IBD placed upon my life, as a result of my learned risk adversity and the self-imposed need to keep my symptoms to myself. The embarrassment, and subsequent loneliness I suppose. The reluctance to put myself in uncertain or challenging situations. And the overwhelming anxiety - another thing to feel ashamed about at the time.

Anyway, the same thing happened again, not once but twice. Each of my pregnancies saw an extended period of relief from my IBD symptoms, a feeling of wellness right up until breastfeeding was completed. I loved being pregnant, every time. Morning sickness, weight gain, tiredness, all of it! It’s not surprising really, I felt so fortunate. Even when I was juggling a four-year-old, two-year-old and a newborn baby on close to torture levels of sleep deprivation! Three children was and is most definitely enough for me, however I’ve joked on more than one occasion that I would happily do the pregnancy part again, to experience that feeling of wellness. I’m just not so keen to deal with the inevitable consequence!!

I didn’t really know anyone else with IBD at the time, so I had no one to compare notes with. Interestingly, I recently spoke with another mum who has Crohn’s disease, and she reported a similar period of wellness throughout both her pregnancies.

Then there is the difficult bit. The question that remained on my mind throughout. Could my condition be passed on to my children. The fear of one of them having to go through what I had experienced was very real. I talked about it with my doctor, my specialist and my midwife. All of them had a similar answer, that no one really knew what caused IBD, that there was no evidence to indicate that IBD would likely be passed on from mother to child. And I was lucky enough to have three beautiful and healthy children, so that fear gradually dissipated. All was well.

"I loved being pregnant, every time...I've joked on more than one occasion that I would happily do the pregnancy part again."

Then at age 10, my middle child began to show signs of being unwell. He was exhausted all the time, would sit on the floor at every opportunity. He was getting thinner and thinner, and had dark shadows under his eyes. Then his complaints of having a ‘bubbly tummy’ and increasingly frequent visits to the toilet foretold the painful truth.

His diagnosis was Crohn’s disease.

I was momentarily floored by the feelings of guilt and responsibility. But there wasn’t time to dwell, and I focused on getting my son well. He did just that, and he has remained so, with the support of the incredible paediatric gastroenterology team at Addenbrooke’s hospital.

That guilt is still there. I’m also very aware that my youngest son is fast approaching the age that both his brother and I started to become unwell. The sensible part of me knows it is false guilt, that whatever causes a person to develop inflammatory bowel disease is a far more complex and yet to be understood combination of factors than simply the genetic susceptibility I gave him!

But it’s not difficult to end on a positive note. And that is to remember that despite my inflammatory bowel disease, I experienced three happy and healthy pregnancies, and have three incredible children. And a whole heap of post adversarial growth and lived experience to put to good use.

These are some of the articles I looked at whilst writing this piece.

Why do certain diseases go into remission during pregnancy? 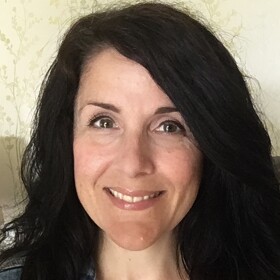 My IBD was diagnosed at the age of 10 years old. I have ulcerative colitis; proctitis and distal colitis. I'm a mum to three children, one of whom has Crohn's disease. I am currently training to be a psychotherapeutic counsellor, offering emotional support to newly diagnosed IBD patients and their families. I also work at IBDrelief as office assistant.