The ADDapt trial is a study using a specifically designed diet as a treatment for Crohn's disease. We asked researcher Alicia Sandall to tell us more about it...

Our team of researchers are investigating how diet can be used as a treatment for Crohn’s disease. We have designed a new diet and wish to test whether it can reduce Crohn’s disease gut inflammation. The diet we have designed is called the ADDapt diet. The research team is comprised of dietitians, gastroenterologists and other scientists who all have an interest in the evidence-based, holistic management of Crohn’s disease.

What do we currently know about the subject and what studies have been done in this area before?

The evidence for the diet is based on recent research which suggests that certain food ingredients, called food-additives, may be involved in triggering gut inflammation. These ingredients had a negative effect on gut bacteria and increased gut inflammation when tested in mice. We have taken these findings and developed a therapeutic diet aimed to reduce gut inflammation for humans.

This new study will help to answer scientific questions about whether reducing specific food ingredients improves gut inflammation in people with active Crohn’s disease, and whether there is any beneficial effect on the gut bacteria. Results from this trial may help develop future diet treatments and reduce the need for drugs or medications that may have unpleasant or adverse side effects.

What is the study and what will you be looking at?

We plan to recruit over 150 people with Crohn’s disease. A specialist dietitian will advise people on how to follow the ADDapt diet and provide them with some snack foods that must be eaten during the 8-week study. Access to a smartphone app is given to help people follow the diet. Researchers will measure gut inflammation, gut bacteria and gut leakiness before and after the diet. The 8-week study involves two hospital visits and donation of blood, stool and urine samples.

After this, there will be an option for people to remain on the ADDapt diet for a further 4 months, with continued dietitian support.

Participants will receive financial compensation for taking part in the trial. We will also send some free supermarket deliveries to help people follow the diet.

How can patients get involved?

Eligible participants will have Crohn’s disease that is currently mildly-active, which will be confirmed by a stool test, blood test, doctor assessment and gut symptoms. People with recent changes to certain Crohn’s disease medications may be excluded. You must own a smartphone so you can download an application that is essential for following the ADDapt diet!

The researchers have the complete list of screening questions to assess eligibility to the study. If you are interested in taking part, but are unsure if you are eligible, then please do discuss this with the researcher as not all medications and conditions are excluded by this study.

If you are interested in taking part, then please email addapt@kcl.ac.uk 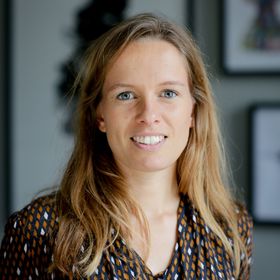 Alicia Sandall is a gastroenterology dietitian with a specialist interest in the dietary management of diseases.