Two men with four chronic health conditions between them will be taking on the challenge of a lifetime when they attempt to cycle the 100 mile South Downs Way in a day on Saturday June 17.

IBDrelief founder Seb Tucknott and friend Mark Holding will be attempting to cycle across the tough terrain from Winchester to Eastbourne.

The pair met through their work and became friends after discovering a shared loved of cycling - as well as both living with invisible chronic health conditions.

Mark, 40, is partner of Worthing-based estate agents Robert Luff & Co. He lives with the debilitating conditions Crohn’s disease, ankylosing spondylitis (AS) and psoriasis which cause him large amounts of pain, inflammation in various parts of his body and extreme fatigue.

Seb, 30, lives with the bowel disease ulcerative colitis (UC) which cause him to experience periods of extreme diarrhoea, muscle pains and fatigue.

Living with these four conditions has made training for the challenge difficult for Seb and Mark, but they are determined to complete the 100 miles.

Mark said: “I’m unable to train for something like a marathon due to the stress running places on my body. I’ve always found that cycling helps relieve some of the pain I experience from my conditions but the fatigue I experience makes it more difficult for me to get out and train.

“I’m nervous about the challenge but I’m looking forward to pushing myself harder than I’ve ever done before.”

Seb has attempted to cycle the South Downs Way on two previous occasions - once successfully and once unsuccessfully.

He said: “The first time I did the South Downs Way was before I was diagnosed with ulcerative colitis. It was tough but I was very fit and healthy at the time and out on my bike a lot. When I attempted it the second time I was severely ill with my UC which meant I was hardly able to do any training and need frequent stops in bushes to go to the toilet. I was also cycling alone which meant I found it mentally very difficult and stopped not far from the end.”

Since then Seb has become an active member of the inflammatory bowel disease (IBD) community - even setting up his own website - IBDrelief - to support and educate people living with UC and Crohn’s disease.

Seb said: “Unfortunately I had a set back in my training a few weeks ago when my UC started to flare. It's meant I haven't been able to train as much and am having to just focus on getting myself better instead. But, I'm determined to complete the challenge Mark and I have set ourselves.

“Living with chronic conditions is tough - especially when they are invisible and people assume that because you look well you are feeling ok. Mark and I both have a lot of shared experience in our health battles and I’m looking forward to cycling the South Downs Way with him - supporting and spurring each other on if we are struggling.”

Through their South Down Way challenge Mark and Seb will be raising money for two charities which are close to their hearts - Crohn’s & Colitis UK and Chestnut Tree House Hospice.

As Seb has ulcerative colitis and Mark has Crohn’s disease they are both supporters of the work Crohn’s & Colitis UK do. They also both have young children and admire the work of their local children’s hospice The Chestnut Tree House.

If you would like to donate to you can do so via JustGiving. 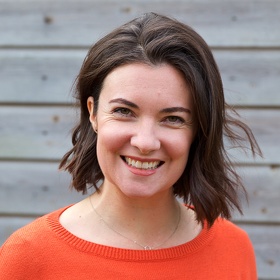