Symptoms at Diagnosis: Bleeding when going to toilet

In the past doctors have always said there is no proof that diet and lifestyle factors do not play a role in gut health, but the truth is we are only just finding out.

In 2011 I had become one of those girls who after spending their first year at university arrived home fat! I had gone from a very thin size 6 to being a borderline Size 12. Now, before you start and say size 12 isn’t big I’m only 5’1, so weighing in at nearly 11 stone for such a small frame is pretty stressful for the body - even if I did have boobs and bum!

After going on holiday in the summer and eating nothing but fresh food, I had made a conscious decision to start eating healthy. After a speedy lesson in the role of carbohydrates, ketosis and the Atkins diet, out came the scales and I began to weigh my food. Within days I had started to see results, water had flown off me, I had survived the caffeine withdrawal headaches and began to feel more in control of my body. 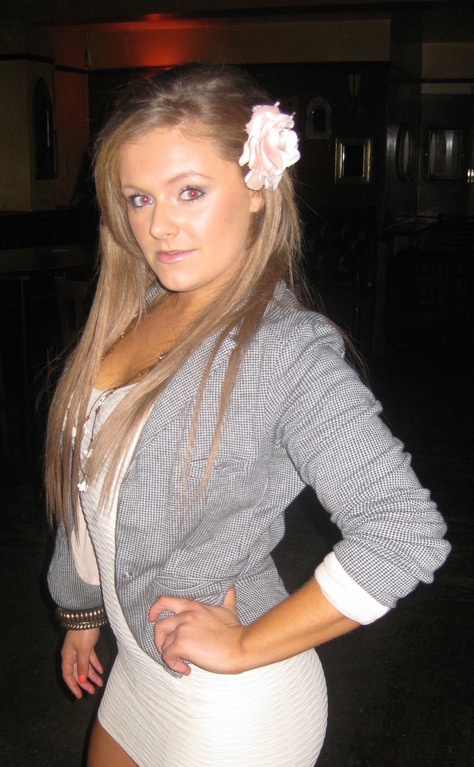 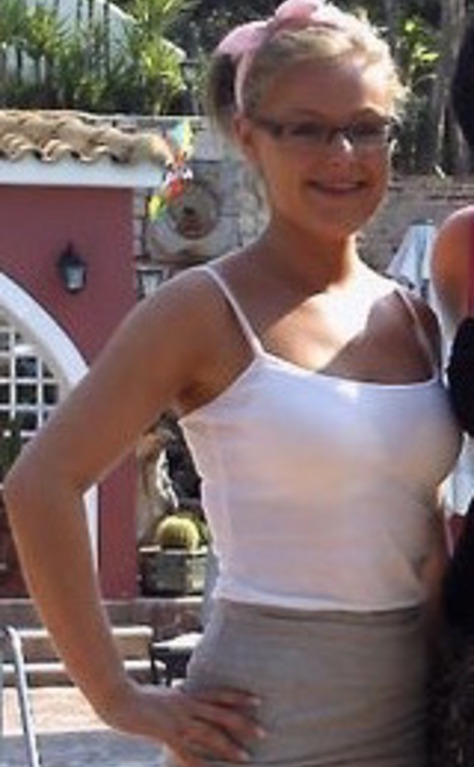 By September I had adopted a puppy and went back to university much healthier and making smart food choices. Soon after arriving I decided to start a food diary and the weighing of food started to get more extreme. I started to develop a fear of carbohydrates. I cut out all grains apart from oats, refused to go near any potatoes, stopped eating dairy products and was even weighing and counting vegetables as carbohydrates.

Little did I know that dietary fibre doesn’t count when it comes to carbohydrate counting and I was missing out on vital nutrients. Soon enough I was weighing a tiny 7.5/8 stone. Below is an account of what I would eat in a typical day: 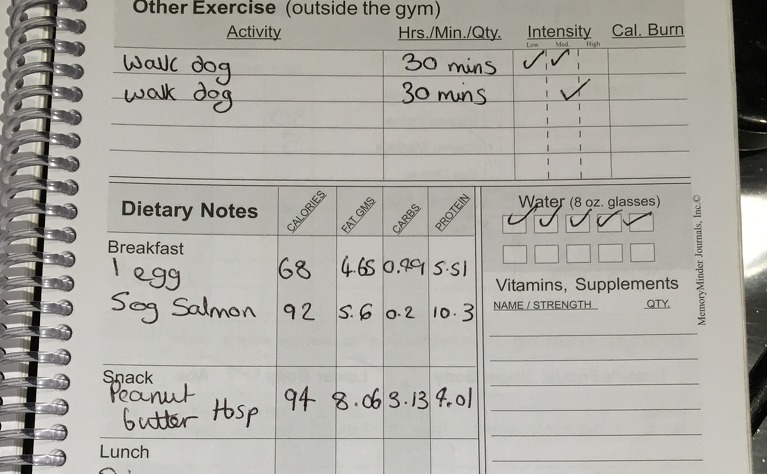 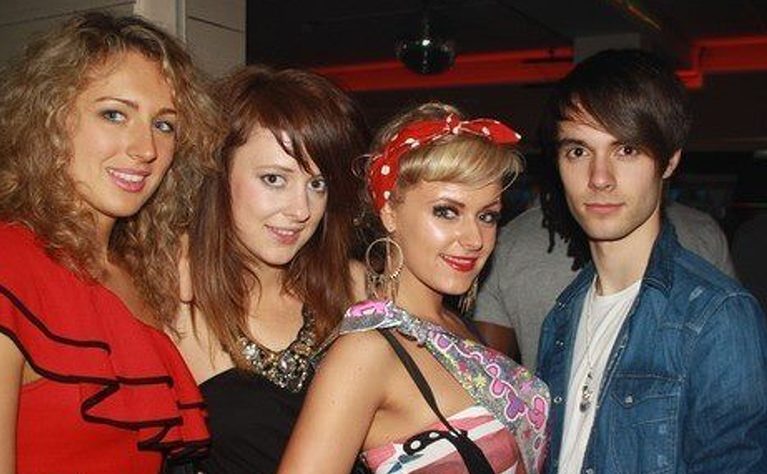 Now, it doesn’t take a scientist to realise that what I’m doing isn’t healthy!

To me though, this had become my ‘normal’. Then one day I started to see blood in the toilet. A little lightbulb went on in my head and I did wonder if it had something to do with my diet, so I rang the doctors and attended the first available appointment. From what I can remember the lady doctor asked if I was in any pain (I wasn’t), had a feel of my stomach and told me to come back in a week. This went on for a good month or so with many blood tests and then a stool test, and not once did she ask me about my diet. In hindsight the doctor should have asked, I should have told her, and I most likely would have been sent to a hospital with an eating disorder. Back then low carb diets were not mainstream and orthorexia nervosa (the 'healthy eating disorder') was unheard of.

I then moved away for a summer job and lived with a family where I had no choice but to eat what they did and in all honesty I think they saved me from ending up being hospitalised. I spent four months eating a range of different foods and was back to eating chocolate and - you know what the funny thing was? - my symptoms had completely disappeared!

Upon returning to university it wasn't long before the symptoms started to return and eventually I got transferred to a gastroenterologist. I had my first colonoscopy high as a kite and was finally diagnosed with ulcerative colitis in 2013.

It was at that moment I remember my world fell apart!

I had gone to the hospital by myself on this particular day and I didn’t really know what to expect. After waiting nearly an hour, the gastroenterologist told me in a matter of fact way that my diagnosis is ulcerative colitis, wrote out a prescription and said he would see me in three months. Overwhelmed and confused when I eventually got back in my car, I burst into tears. I had absolutely no idea what inflammatory bowel disease was, the doctor never explained it and I didn’t know why I had been given all this medication to take either.

I went home I Googled ulcerative colitis, frightened myself with what I read, and then decided I wanted to take a more holistic approach to my disease. Even now it still feels strange to say out loud “I have a disease” it is almost like admitting you’ve failed in life.

“Hi, my name is Lorna and I have ulcerative colitis!”

It wasn’t until I moved to London to work for a supplement company in 2014 that I really began to take my health seriously. I had a fantastic opportunity to learn the science behind supplements and could visit the warehouse to take home whatever I wanted. In a nut shell, with the help of the Head of Product from Protein World, I became my own personal experiment.

I learnt the importance of regular supplementation, discovered the wonders of green smoothies, became a pescatarian and managed my ulcerative colitis pharmaceutically drug free. The next colonoscopy I had, showed signs of healing and that I was getting more and more close to being in remission. Yay!

Whilst living in London I jumped at the opportunity to go out and attend as many events, seminars and expos as I possibly could. I have met with the lovely Natasha Corrett from Honestly Healthy, Brian Clement from The Hippocrates Health Institute and many autoimmune specialists such as gastroenterologists and neuroimmunologists. I can honestly say that by meeting these people and being proactive about my health I have learnt more than I ever could from my own physicians.

It has taken me years to find a gastroenterologist that understands my approach to my disease and the biggest piece of advice I can give is that if you are not happy with your doctor, or their approach, then please do ask to be referred to someone who does. I am now based at Guy's and St Thomas in London and, even though I now live in the midlands, it is 100% worth the travel.

Unfortunately, last year my health deteriorated, I took on a new job role in a different field and spent most of my days extremely stressed, exhausted and unhappy. My ulcerative colitis was at its worst and my symptoms had travelled further up the left hand side. I had never experienced a pain like it before. I couldn’t go to the gym, I was tired all the time and my energy levels where spent. If you are familiar with the spoon theory then I would use them all just to get through my shifts at work.

As well as being in constant pain, loud strange noises would start to occur, at the most inconvenient times, which was always embarrassing and I could easily pass for looking three months pregnant. I would have to rush to the bathroom and it didn’t matter what food I ate nothing seemed to work. Some days I would go without eating and some days I would just eat soup. Eventually I got an appointment at the hospital where I was given Mesalazine tablets and suppositories which calmed things down a little bit but the pain began to come back a few weeks later.

I was then scheduled for an MRI scan on my small bowel and I was convinced I had Crohn’s. The prep I had to take was two 500ml bottles of a Mannitol and Carob Bean Gum solution. It was vile! A process I hope I never have to go through again.

Thankfully when the results came back I was in the clear. After another discussion with my gastroenterologist it was agreed that I would go on a two week course of a Prednisolone enema. Hello moonface, and welcome to the wonderful world of steroids! In less than 12 months I had gone from a healthy, drug-free patient, to now being administered my third dose of medicine, it was frustrating to say the least. 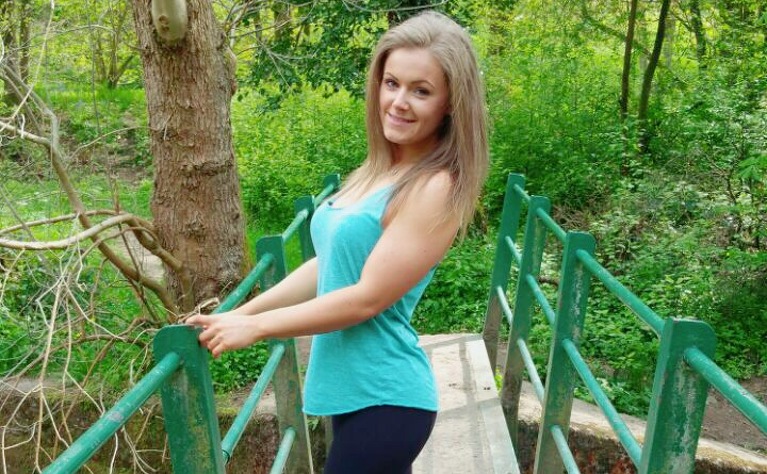 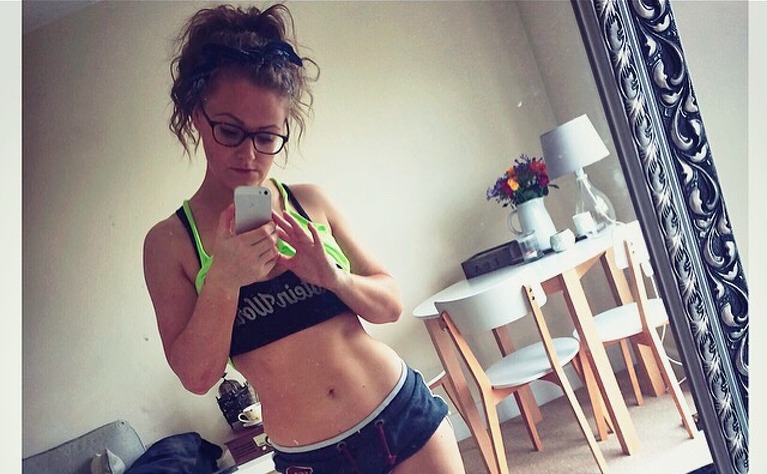 In January 2016 I started a new job role within the company that doesn’t involve shift work or irregular hours, and the improvement that it had on my symptoms has been phenomenal. I also do a vegan cleanse for two weeks every January, to give my digestive system a break, and combined with the new job role I finally began to feel like myself again.

I find that eating soups and smoothies really help to nourish my body from the inside out and I now drink green smoothies first thing every morning. I now have more energy and am finally back training in the gym and lifting heavy weights. Medication wise I am still on Mesalazine but I am hoping in the next few weeks I will be able to slowly wean myself off it. One thing I have certainly learnt this last year is the impact stress has on symptoms. It is difficult to see first of all how stressed we actually become but sometimes we just need to remember take a step back and breathe.

My story of IBD is more unusual than most, in the sense I was already food conscious when I started getting symptoms and I can now see where in my lifestyle I went wrong. Now I don’t know if my orthorexia is the sole reason why I got sick or if I would have developed ulcerative colitis anyway, but it did most definitely play a key role in my symptoms (as did relocating and moving around so much!). I now know that carbohydrates are not the enemy and the importance of consuming good quality food and having a balanced diet.

The last thing I want is for anyone else to make the same mistakes as I did and I hope that my story reaches the people that need it the most. At the end of the day, life is for living so if I want to have cake and not go to the gym, I will! 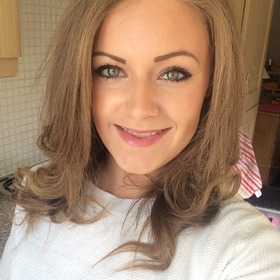